The few remaining trees at the Trepanier Manor Development have been OVER pruned and too many branches have been removed. (see photos)

This has noting to do with fire-mitigation. Responsible thinning, pruning and cleaning of natural areas around the wildland/urban interface makes sense BUT those trees don’t look like healthy trees anymore, they are crippled !! 8 to 12 meter high branch removal makes no sense at all.

The other untouched trees visible in the background don’t belong to the Trepanier Manor property.

It is sad – but again, it is just for the view.

The Okanagan Saturday Newspaper from June 20th had a very interesting article “Trees are our most valuable antiques” from Ron Candy, director Vernon Museum.

The urban forest provides benefits, the most important being the health of our environment and home to wildlife.

Urban trees reduce temperatures by providing shade to buildings and reducing the need for electrically operated air conditioners, thus providing much needed energy savings. In fact, a healthy urban forest can go so far as to reduce ambient air temperatures within entire neighbourhoods by several degrees.

Trees also help to remove or reduce dust and other pollutants from the air, pollutants that can trigger asthma and other respiratory illnesses.

According to the Canadian Medical Association, 18 trees are all that is needed to produce enough oxygen to support the breathing of 10 people for a year. One acre of forest absorbs six tons of carbon dioxide and puts out four tons of oxygen.

Tree roots absorb and store rainwater that, in turn, helps to hold soil in place and combat erosion. Trees can also absorb chemicals and other pollutants that have entered the soil. They store harmful pollutants or alter them into less-harmful forms.

During windy and chilly seasons, trees on the windward side of a home or structure act as windbreaks. This effective windbreak can lower home heating bills up to 30 per cent.

Trees also cut down on noise pollution. Trees can muffle urban noise almost as effectively as a wall made of stone. The US Environmental Protection Agency states, “Trees can reduce bothersome noise by up to 50 per cent and mask unwanted noises with pleasant, natural sounds”.

A mature tree can have an appraised value between $1000 and $10000. 98 per cent of Realtor believe that mature trees have a strong impact on the saleability of homes.

The Trepanier Manor Development ignored all above points. All trees have been cut down on the ~ 5 acre hotel and 20 homes site. Not smart !!! 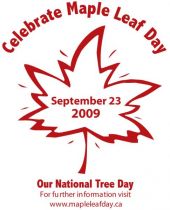 The Concerned Citizens Coalition is shocked about the cutting of trees OUTSIDE the Trepanier Manor property.

The contractor has cut down healthy and large Douglas Fir and Ponderosa Pine trees starting May 25th. The trees are NOT located on the Trepanier Manor property, they are within the District of Peachland Boundary on Crown Land. Branches and log pieces have been loaded on a large trailer and they were immediately removed – as if they want to hide the evidence.

More than 100 trees were red tape marked and have been cut  OUTSIDE the Trepanier Manor property!!!
It is not for fire protection – they are located close to several planned homes and the west side of the hotel should be build – it is just for the view.
If they have concerns against fire – why was it allowed to build so close to the property line (ZERO meter set back on the west side of the property). And they are not Pine Beetle invested (see photos).

Enough is enough. The Trepanier Manor Development has already done an irreparable and unjustifiable damage.

Almost 100 trees have now been removed OUTSIDE the Trepanier Manor Property !!

Since June 2009, the Trepanier Manor Development has now dozens of signs “Warning, Surveillance Cameras in Operation”

Home buyers, hotel guests, visitors and employees …. it seems you have NO PRIVACY